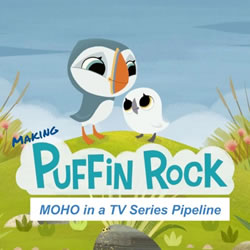 
Making a TV series is a bit like a puzzle and Moho animation software is an essential piece that completes it. In this webinar, Jeremy Purcell (Assistant Director) will be showing how Moho worked with other tools like Shotgun, Deadline, Photoshop and After Effects to produce the TV Series Puffin Rock.

Topics that will be covered in this webinar include:

This is a chance for you to see how a bigger animation production, Puffin Rock, and its 78 x 7 minute episodes structured a pipeline around Moho to get the best out of the software as well as how it works with other departments in the production.

About the Presenter: Jeremy was Assistant Director on two seasons of Puffin Rock, for a total of 78 episodes. Prior to that, he was Efx Supervisor on two feature films with Cartoon Saloon: 'Brendan and the Secret of Kells' and 'Song of the Sea'. He is currently working on Cartoon Saloon's next feature, 'The Breadwinner', as well as in pre-production on their next Moho TV series.

Report video
Login To Save Favourites
Rate This Tutorial
Once you have completed this tutorial, please give it a rating:

Please use the 'reply' button on a comment if you wish to reply to someone.


Other Tutorials In This Category

Subscribe to this tutorial's comments to get the latest updates

Help others to see which comments are helpful by voting. 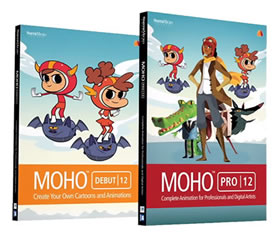